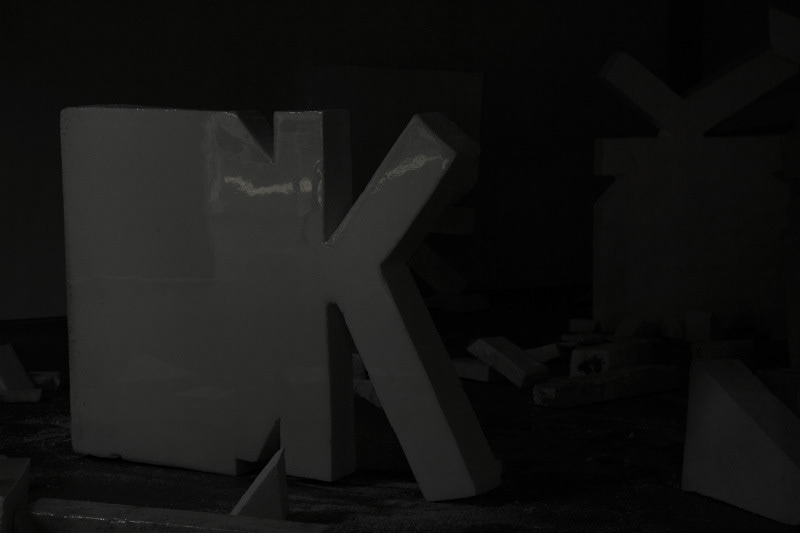 We cannot barely see. After some minutes a landscape is uncovered, an abandoned scene. Unfinished figures of the locution Ok scatter around the space, covered in resin, dirt and in between bits and pieces of material. Dust fills the space.

The origin of the locution okay hasn't been recognised or remembered. However, linguistics argue that the term might belong to the family of Western African languages such as Wolof, Bantu and Mande.

`Okay´ is identify as the Wolof waaw-kay, meaning `yes´,  it has been proved but not offitially recognised, the influence and importance of the Wolof language among the thousand of Africans condemn by slavery in North America over centuries. These languages able most of Africans individuals to communicate without being understood by their oppressors.
These languages might have resemble the ultimate form of trust in the possibility of freedom and independence. Along 1800 the locution was appropriated and absorbed in by the US army and employed to denote O Kills O Killers in front line of the battlefield before becoming the most popular and fashionable Americanism to denote a state of happiness or closing agreements.
Anonymise, aims to lead us to a space for reflection and inner change.