SIGNIFICANT CONTACT teaser
As if immersed in a film shooting, Stuart Boother and Seyit Bozdag discuss ways to design a discourse and choreography of a confrontation. During two hours they rehearse in order to compose a narrative based on movements of attack and self defense. They recreate and re-staged a critical situation where no direct references of the disputes motive are available.

Stuart was trained in Stunt Combat with Cloudio Pacifico and in Method Acting in Hollywood with Bernard Hiller. He elaborates a discourse around each of the movements and actions being rehearsed. Seyit questions the ways of how his body is being conducted throughout the entire process of the simulation. Stuart teaches him techniques, tactics and expressions of acting so Seyit can measure and control his movements of attack. Seyit, has had over 20 years experience in taekwondo. Currently, Seyit takes part in Combat Competitions all over the world.
The performance concluded with the exhibition of the choreographed designed fight.

Location: QHS Wellington is a convoy who served in 1936 as a Imperial Patrol sloop and as a Warship in 1938. Before being reconverted in 2015 into a Museum and event venue was used as a Livery Hall in 1948.
A structure is a system of inner relations, of interactions governing the subject form inside. A machine, (that simply means whatever agent is working and producing effects) on the other hand, is an eccentric actor: it comes from outside and changes the framework in which the subject is located so that the subject itself is changing its form. Therefore the machine jeopardizes the structural pattern and provokes a displacement of the subject. While the structure is essentially morphostatic and territorializing, the machine is the factor of deterritorialization that leads to morphogenesis.

Franco "Bifo" Berardi
The Mind`s We: Morphogenesis and the Chaosmic Spam 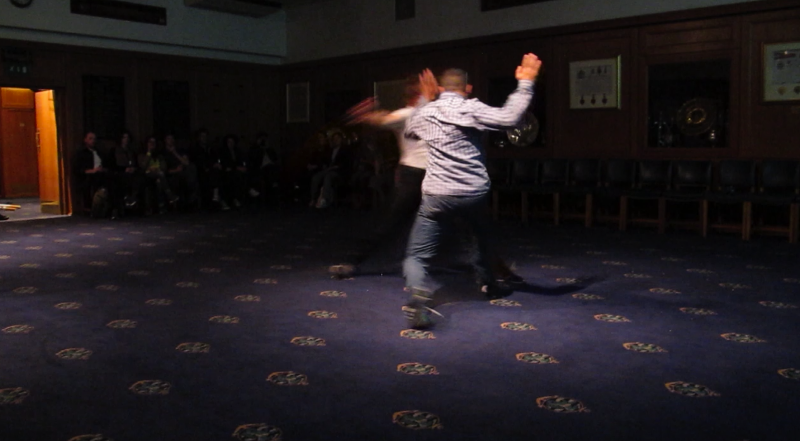 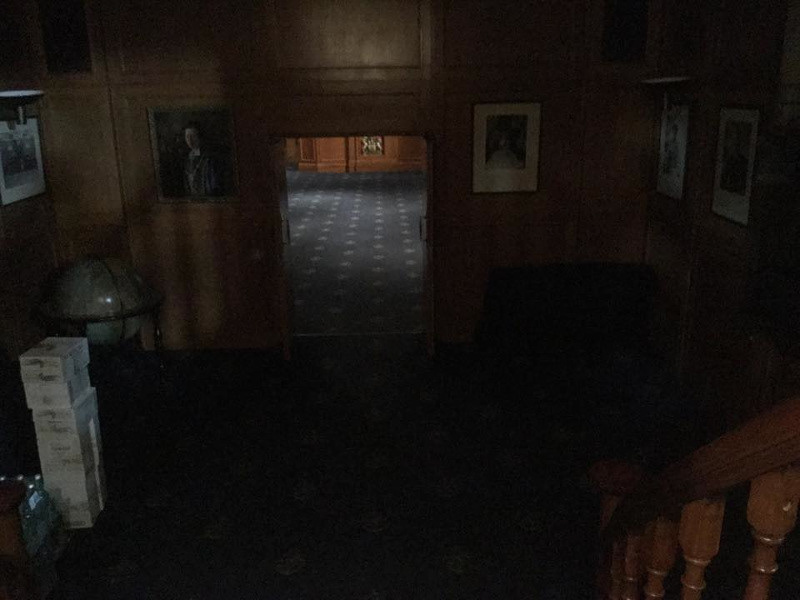 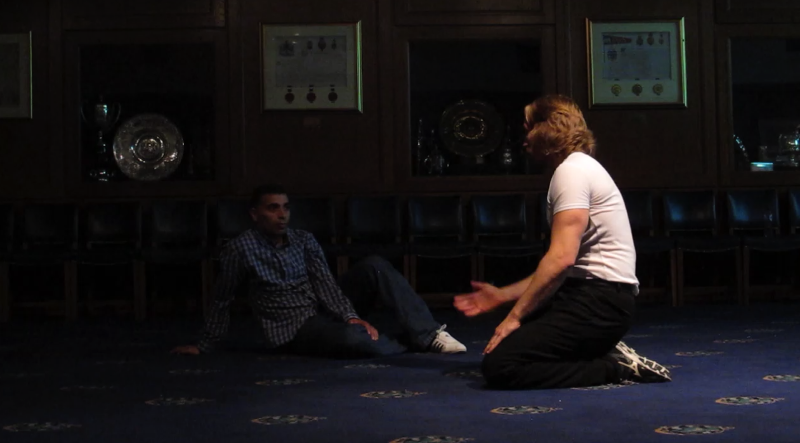 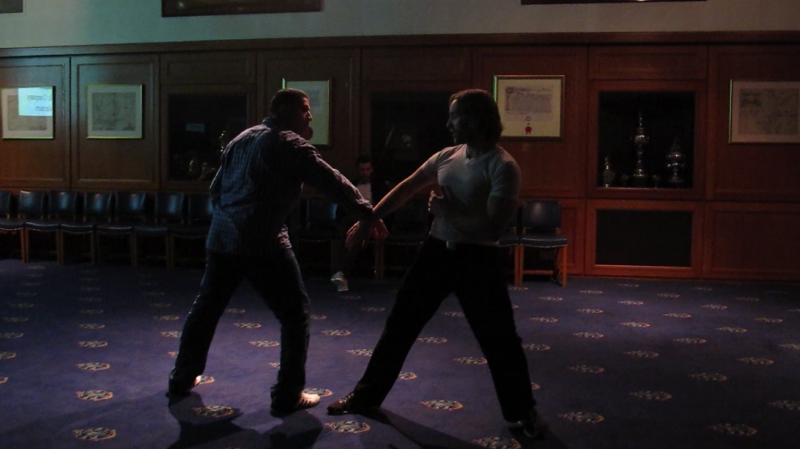 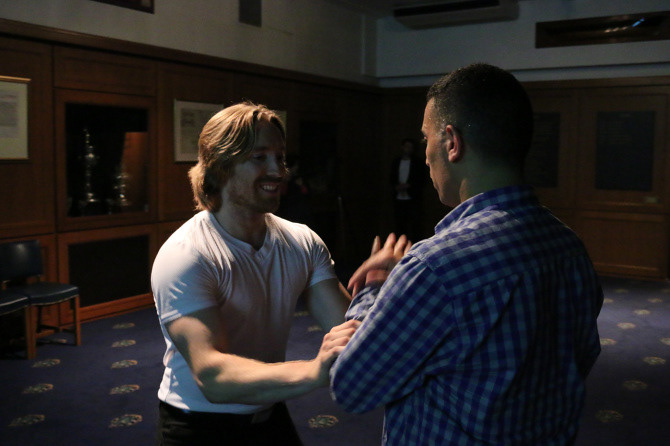 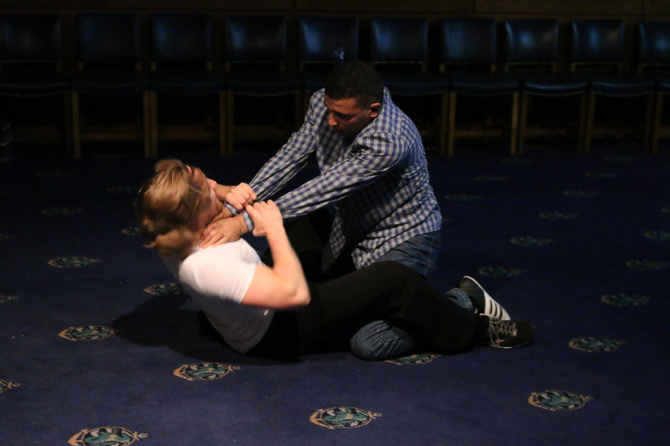 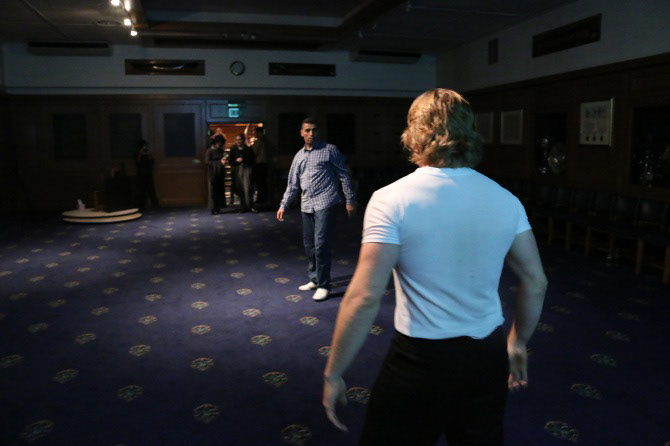 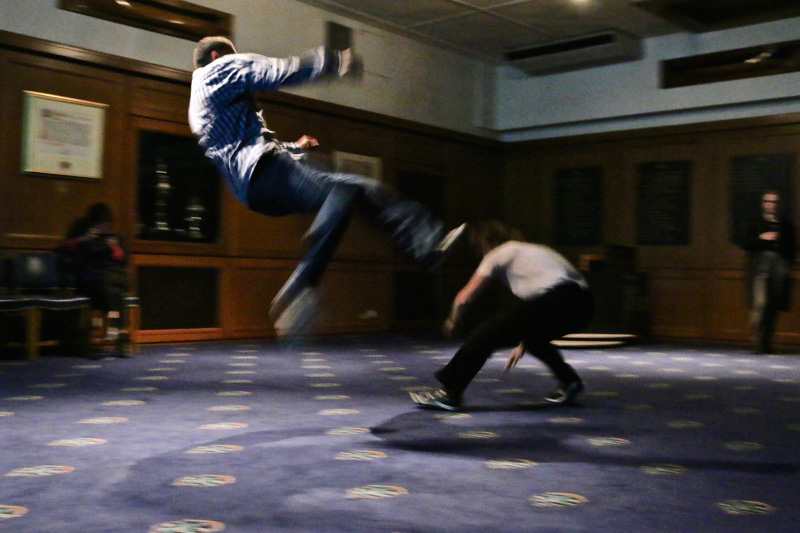 YOU, CITIZEN
This document is part of a video clip found via a media channel on the internet. The footage shows how cinema screens were built in the streets of the city of Mosul Iraq to encourage Iraqi citizens to gather and watch oppressive propaganda. Film dated in February 2015. Duration 2’38’’ Lydia & Manfred Gorvy Lecture Theatre, Royal College of Art, London 2015