Funded by Ayudas a la Creación de Artes Visuales 2017 - 18 CAM, Ministry of Education and Culture of Spain. Thanks to the Area of Biochemistry and Molecular Biology Dept. of Inorganic, Organic and Biochemical Chemistry. Faculty of Environmental Sciences and Biochemistry University of Toledo, Castilla La Mancha Spain. 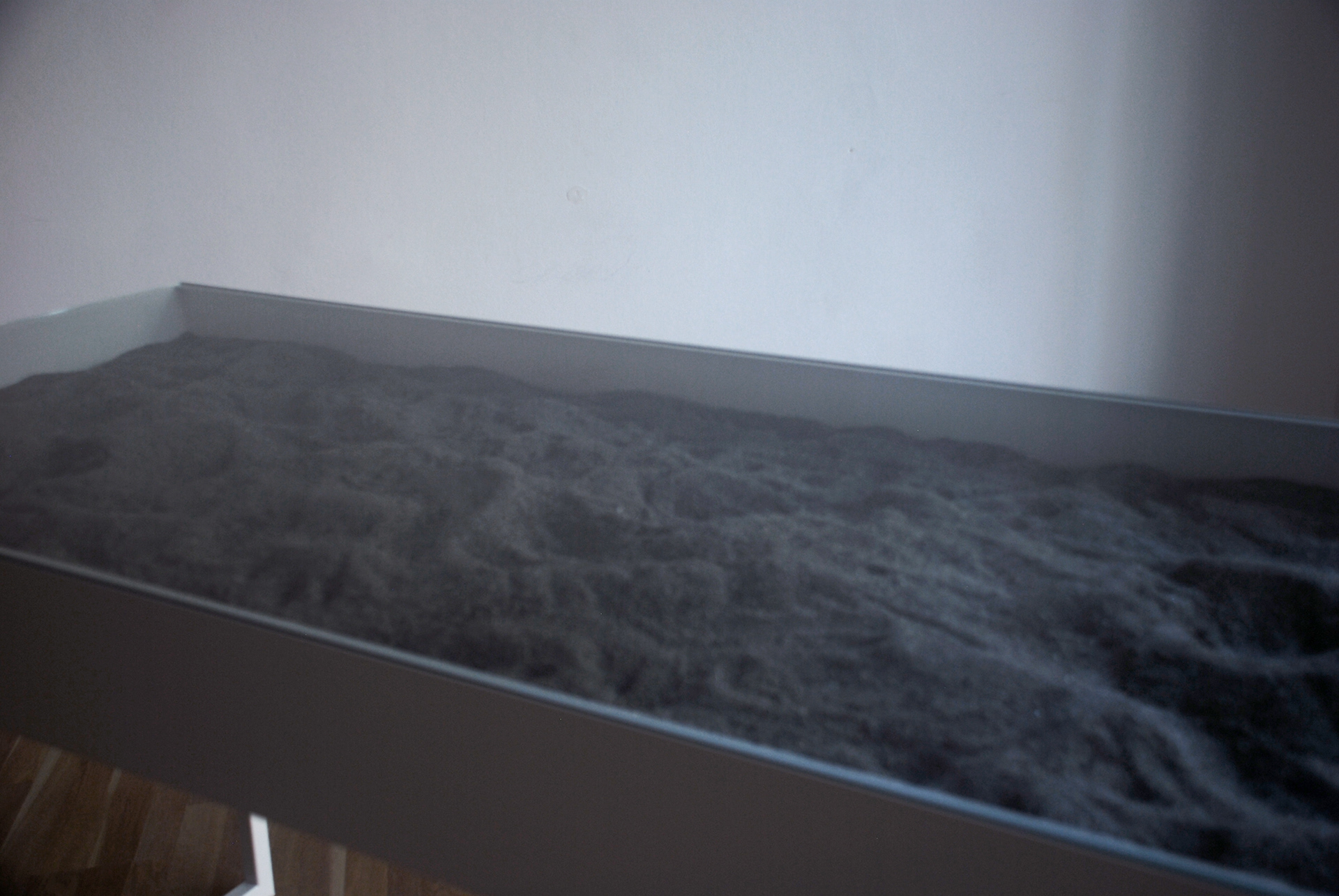 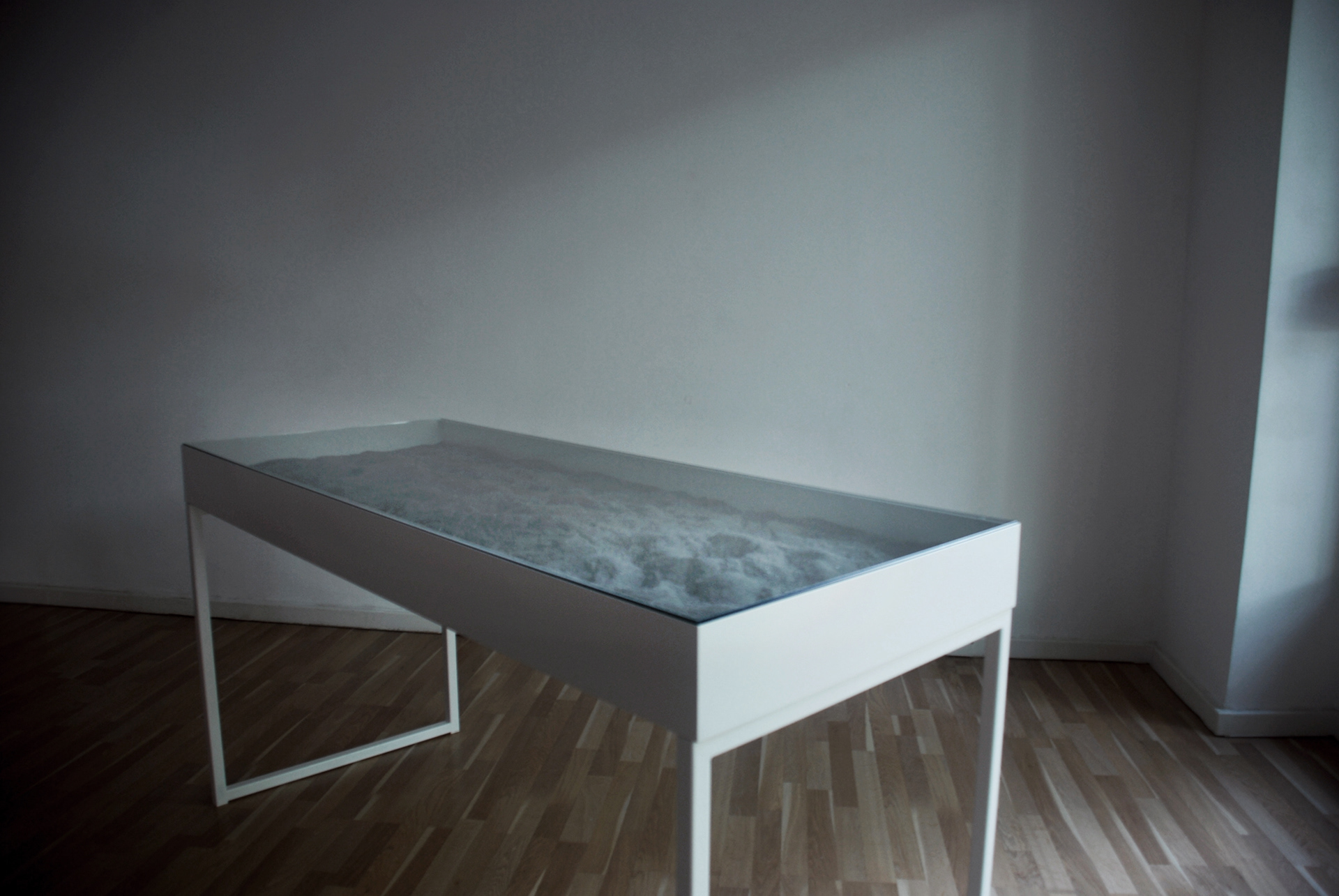 Mehr Fantasie,  pulverize plasma TV screens, size varies, sample detail.
Exhibition Tangible Remains Hidden Matters, Gallery DECAD, Berlin 2018 - 19.
Curated by Lena Johanna Reisner.
Media culture, virtual and augmented reality often appear as immaterial phenomena. But the devices, infrastructure and storage, the preconditions for digital culture and mass media, are of a highly physical nature. This fact concerns the production as well as the disposal of electronic devices which have complex geopolitical, geological and ecological implications. The exhibition Tangible Remains. Hidden Matters explores a phenomenology of images and geology of media by means of two distinct artistic positions. [...] Shifting the focus from production to the disposal of electronic devices, Julia Varela has pulverized plasma screens. The medium which serves as a virtual lens of reality and the overabundance of digital images in this picture finds itself reduced to the very essence of its physical body: dust.

The two-part sculptural work Mehr Fantasie, in this case shown as a work sample, alludes to questions of e-waste and calls up images of corresponding dumping grounds. Agbobloshie, Accra in Ghana for example has become one of these toxic environments, inhabited by people outside the range of economic and environmental privilege, who make a living by picking apart e-waste in order to salvage copper and other metals. These images, however, only come up as associations, a memory held by the viewer who encounters nothing but the ground remains of some of the devices that have facilitated the broadcast of those distant realities.

‘Dust does not stay outside us but is a narrative that enters us: dust has access in every breath inhaled, and it entangles with our tissue’ (Jussi Parikka, A Geology of Media, 2015, p. 102). Fine particles thicken the air and become an embodied narrative. Once the dust settles Parikka links it to stories of deserted places but also to the temporality of matter itself, and, ultimately, to the formation of geological strata. Ashes to ashes. A geological stratum is a layer of sedimentary rock with consistent characteristics that builds on the surface of the Earth and reveals information about a mode of deposition and material presence during a particular epoch. For millennia to come, ours will bear testimony to the giant we called the Anthropocene.

Other
↑Back to Top