Julia Varela investigates the materiality of images in the age of digital technologies. Often assumed to be an immaterial object, the image is a latent potentiality whose visual representation relies on a medium. Julia Varela's video piece originates from a photograph of a workshop in Shanghai where LED screens are produced - electronic devices that visually manifest the information received from transmissions of images.
The photograph was sent by a Shanghai-based company through an e-commerce platform. This low-quality, trivial-looking snapshot is then processed through a synthesizer created in 1938 by the Soviet engineer Yevgeny Murzin. A photo-optic algorithm converts the image into sound waves. Varela explores the physical condition of the image, intensifying the pixels through light and sound, to reconsider the authority attributed to images. The visual data stored in the photograph mutates and its waves spread to vibrate our inner ear. 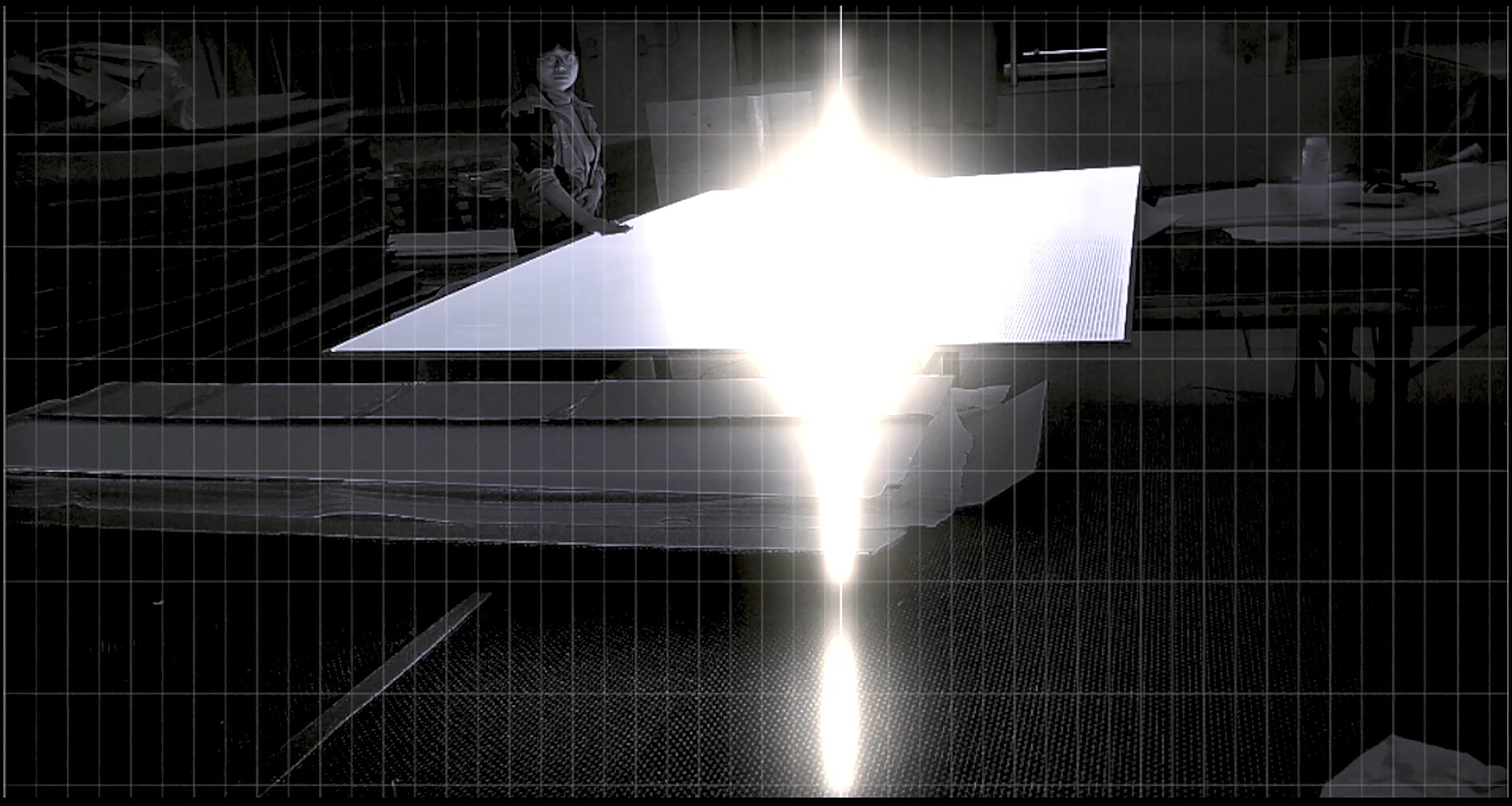 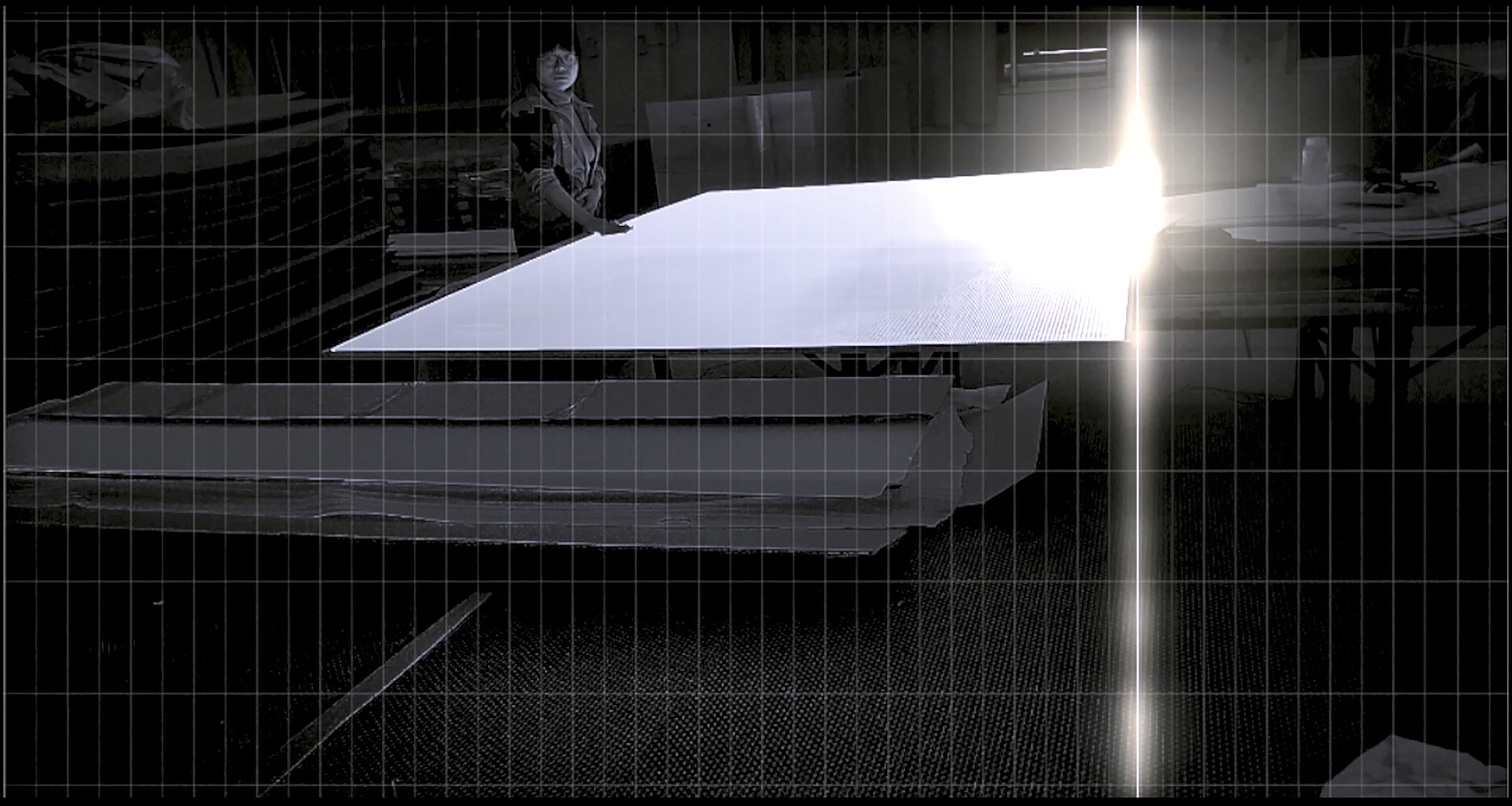 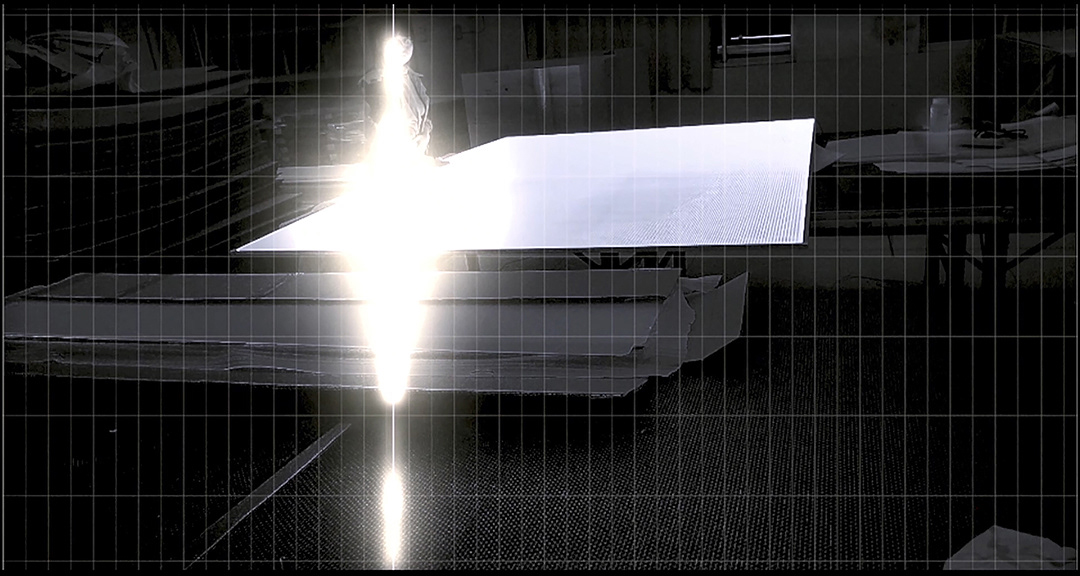